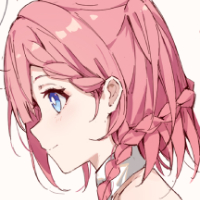 Cookiezi, also known as Shigetora, is undoubtedly one of osu!’s most well-known players. Having several videos of his plays approaching 1 million views on youtube, regularly being at the top of /r/all on reddit, [Need some more and better examples of his famousy] Take a closer look at him and everything he’s done in osu! on this page!

His brother created the account in June 2009 after having played a similar game (that osu! is also based off), Osu! Tatakae! Ouendan. While his brother quit playing after a week or two, Cookiezi continued playing on the same account. Having some prior experience with rhythm games, and a natural talent, Cookiezi managed to establish himself as one of the most well rounded players of osu! within 2 years. Using his unrivaled aim, consistency, speed, stamina, and a proficiency with a variety of mods, he took the #1 spot in the osu! standard rankings in a very short time period. His full combos on maps like Lesjuh’s Cry for Eternity and Shiirn’s Chipscape [Ragnarok], showed his ability to pull off scores that few players in the world could even come close to replicating.

In the following years, Cookiezi managed to set some of the most famous scores in osu!standard history. These included a perfect 100% play on Saten’s Kokou no Sousei (a map that hasn’t seen any other full combos after his ban in 2013!), and the first full combos on The Big Black and Can’t Defeat Airman. Later, he would go on to defeat Airman again, but this time with HR.

In February 2013, Cookiezi managed to cement himself as a legend of the game by achieving a no-mod FC on xi – FREEDOM DiVE [FOUR DIMENSIONS] with 99.97% accuracy, getting only 1×100 because of a mistimed note near the end of the map. The map was deemed impossible by almost all of the osu! Community because of its long length and unforgiving 222 BPM Deathstreams. Despite the seemingly inhuman speed, stamina, and stream aim the map demands, Cookiezi managed to execute this score- one which would ultimately set his status as an osu! legend in stone. Not only did he set this score, but he kept improving as well. While Cookiezi isn’t as well known for DoubleTime scores, he was also a pioneer of playing harder maps with DT, constantly challenging the expectations and belief of the player base. He also made himself known for ‘killing’ Flashlight scores by FC’ing them with Hidden and DoubleTime. An example of this is his HDDT FC on Saiya – Remote Control [Insane], with 97.91% accuracy.

From 2012 – 2013, his rivalry with the Japanese player rrtyui (Considered the #2 best player in standard at the time) for #1 captivated and amazed the player base with two amazing scores coming out from each of them. The most notable result of this fierce competition had to be rrtyui’s SS on The Quick Brown Fox – The Big Black [WHO’S AFRAID OF THE BIG BLACK]. If you want to read more about that, make sure to check out rrtyui’s page (Under Construction). Even after a brief hiatus in 2012, Cookiezi came back and continued to truly prove himself as one of the greatest players of osu!

The Ban and Post-Ban

Despite remaining on top of the leaderboard, only rivaled by a handful of other players, the game started to take a toll on Cookiezi. Unfortunately, his eyes began to deteriorate during the second half of 2013. This, as well as a bad translation by someone from the osu! team (his account was falsely flagged as offensive), lead to Cookiezi wanting to delete his account (I’m here to delete my account). Contacting staff, the osu! champion requested that his account be deleted; staff denied this request, creating a very unstable relationship between the staff team and Cookiezi, ending in nothing but contempt from the legend, and leading to one of the biggest controversies in osu! history.

Finally, on November 11th, 2013, Cookiezi was banned from the game after having a third party log into his account and perform two cheated scores on Hommarju ft. Latte – Masterpiece [Insane] and Jun.A – The Refrain of the Lovely Great War [Lunatic], both with HDHRDT.

For nearly 2 years, it seemed that Cookiezi would only exist as an osu! legend. Nothing was heard from Cookiezi. He was, supposedly, present in a South Korean tournament, competing using an account by the name of ‘burstlimit’. Using this account, he showed that his skills had not deteriorated, and performed a full combo on Asphyxia’s Blue Zenith [FOUR DIMENSIONS] with 99.89% accuracy. He got caught after this action, and was disqualified from the tournament, and further cemented his ban due to multiaccounting.
It is also speculated that Cookiezi moved from South Korea to Japan during this time, because of school.

To the amazement of just about every player, on June 2015, Cookiezi’s twitch account went live, proving that he was still around and playing the game. After successfully reconciling with peppy himself, Cookiezi was unbanned about 5 months later on November 26, albeit with all of his old scores wiped from his account. Even during this brief period of playing offline, Cookiezi set incredible scores that have remained unbeaten, such as his FC’s on Jenny’s Cry Thunder and Hollow Wings’s Genryuu Kaiko; even more remarkably, Cookiezi was back at the top of the osu!standard leaderboards. About 8 months after his unban, Cookiezi started streaming on Openrec because of input lag issues and spam he was getting by streaming on Twitch.

Today, Cookiezi is still an active player and streamer and is still able to set incredible and unrivaled scores. Although relatively lacking in skills like raw speed and high approach rate (He rarely plays anything above AR 10.5!), his aim reading and stamina are still arguably the best the game has ever seen. He is incredibly comfortable with mods, and it’s a rare occurrence to see Cookiezi play without HD these days. In 2016 he added more scores to his already extensive records, such as a HDDT FC on MONSTER [FOREVER], the first nomod FC on Everything will Freeze [Time Freeze], – IMAGE -MATERIAL- , and the only HDHR FC on Highscore [Game Over]. He set the first 700pp score with an HR play on Blue Zenith [FOUR DIMENSIONS] and then the first 800pp play when he revisited FREEDOM DiVE [FOUR DIMENSIONS] with HDHR, again proving himself as a true osu! rhythm champion. Shortly after his 800pp play, he was able to achieve #1 once again and has been reigning the osu! leaderboards since.

Cookiezi was the first standard player to reach 13,000pp with his HDDT play on Ayase Rie – Yuima-ru*World TVver. [Ultimate] for 611pp. He also achieved a second 800pp play with Remote Control [Max Control!] 817pp. Recently, he has reached the 14,000pp mark with Guilty All The Same [Shame] HDHR for 726pp.

This page is under development! If you would like to help please go to https://discord.gg/MuEKzgA and get the Website people role!